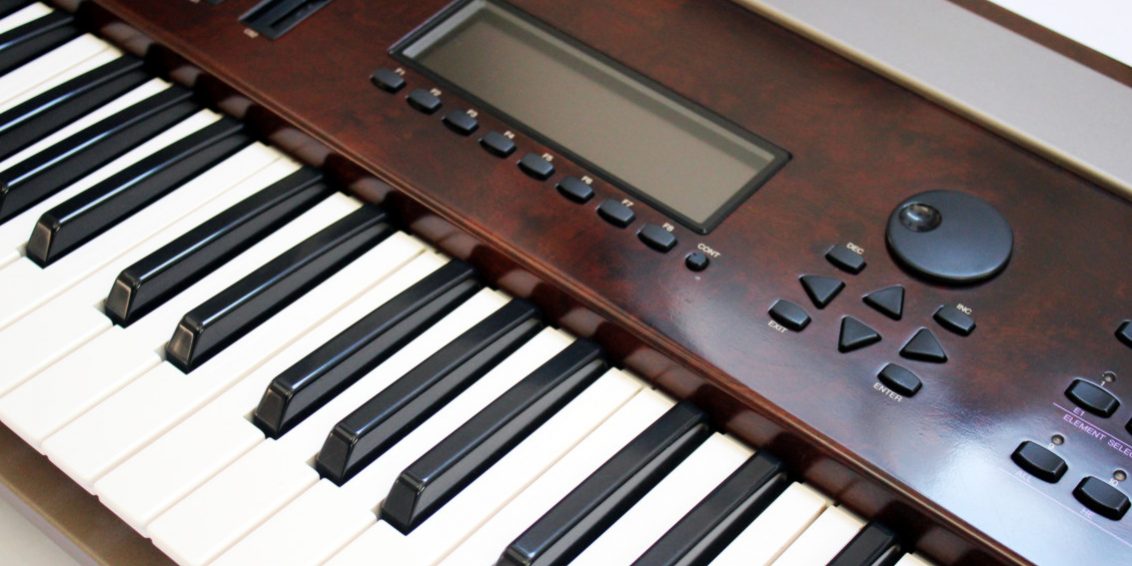 The VL-1 was a ground breaking synthesizer with new technology renowned for accurate reproductions of wind instruments. It is a 2-note polyphony instrument that is best used with a breath controller such as the BC-2 or BC-3.

The VL-1 cost around 4000 pounds in 1994, and was out of reach for most musicians. As such it sold in relatively small numbers and are hard to find. They do come onto the second hand market occasionally and demand between $3000 to $5000 (Aust) depending on condition.

There was a VL7 which was essentially half a VL1 though it looked very similar. Then there is the legendary VP1 which was a VL1 with more power, polyphony and keys. It was made in very limited numbers, perhaps less than a handful. That was due to its price tag, rumoured to have been around $25,000 (US). As such it has often been considered more of a prototype than a proper production model.

What can it do?

This instrument suggests quality of build and sound at first sight. It has real wood, which has not been seen since the DX1 (exactly one decade earlier). Then there are the Champaign gold end panels connected by a band across the top front end. A colour very similar to that used on Yamaha’s B500 in 1990. The gold however is flat with slightly rough texture to contrast against the smooth varnished wood and its semi-gloss finish.

It’s quite beautiful and classy at the same time like a Rolls Royce car of that same era. Interestingly it only has 49 keys which to the uninformed will instantly cast doubt, especially with only 2-notes polyphony, and no on-board sequencer.

We like the wooden face panel and how it extends under the band of gold to then wrap down the back. The end panels have a curved shape that tapers into slender corners. From the side it’s almost like a panel off a modern sports car. The pitch and modulation wheels sit proud on a kind of protruding podium with one curved side. This looks like a solution to function and assembly as those wheels would have struggled on the curved ends.

The varnish is also perfectly applied to have a nice thick feel that is just enough to still allow the texture of the wood to be noticed. The level of sheen is also just right, reflective enough to look smart but any glossier and it risked looking like cheap plastic.

Yamaha created a new button shapes and an alpha dial that is more minimalistic to previous synths.

The tone of the Gold was well considered to be muted and understated so as not to scream opulence. We think its unfortunate that it was not made of metal rather than plastic, especially given the hefty price tag.

Another small criticism we have is the way the top plastic piece joins both end panels. It’s a very neat joint but looks more like an expansion joint. We understand that its probably an assembly thing but how cool would it have looked as a single piece together with both end panels (no joints)? Interestingly this top panel has thin open sections visible from the rear which almost look like ventilation holes. We are not sure if these are necessary for heat to escape or was it just to appear more “Heavy Duty”?

It’s a neat joint but would have been better with no join at all.

Are these really ventilation holes, or just for visual effect?

It’s well built, no doubt about that but the gold plastic unfortunately feels…plasticky! You tap it and its hollow sounding. That’s no big deal with most synthesizer but for something of this caliber we want it to feel solid. Putting that aside the varnished veneer is perfect and all the buttons feel balanced and proportionate.

The screen is neatly detailed to be flush with the timber face panel and even has a beveled edge underneath the Perspex. The pitch and modulation wheels have done away with the traditional ribs and now have a textured rubber finish. Everything in essence feels nice to touch, even the texture of the plastic feels good, so long as you don’t tap it.

The screen is striking and very clear with its white back light. The front panel is very well organized with good spacing between all buttons. We particularly like the way the patch buttons are perfectly arranged in 3 rows.

The pitch and modulation wheels feel nice and was a successful design that continued to many future generations. The 3 wheels placed on a stage is an innovative design solution to integrate with a curvy end panel. There is also a disk drive discretely tucked under the left side edge

All controllers feel like they would on a Rolls Royce and command respect. This is not a toy or machine to be thrown around on stage or studio. This was built to look and feel like a digital cross between a violin and a saxophone.

Many say it’s still as amazing today as it was in 1993 and that’s quite incredible for technology that is almost 30 years old. With that in mind this is definitely one for both working musician and collector. Try to get the upgraded version known as the “Version2”. It is normally differentiated by a sticker on the front left panel and also at the rear. It’s quite tacky actually, and we would suggest that such a fine machine deserves more than a cheap piece of adhesive paper.

The VL1 has its place in history and you can’t go wrong if you find a good one. Ideally it will have all its manuals and a breath controller, but not always. Expect to pay over $5000 for a really mint one complete with accessories. According to Japanese sales literature the VL series did have original factory hard cases, but we have yet to find one. We imagine a case specific to this instrument might have been a collectible piece on its own.

No hard edges, only soft intersections.

It seems a shame to have all that beautiful timber veneer and then have it framed by gold plastic. Regardless, we admit that it’s still a well-honed instrument that exudes quality and class. It was designed with every intention to be the most incredible piece of technology and something like that had to be housed in an incredible body. While it demands status as the most beautiful synthesizer we can’t say with certainty that it is. With only 49 keys it’s proportionately not elegant enough to our eyes, even with those slenderizing end panels. In fact, it can look a little awkward with end panels that can’t seem to decide if they want to be straight or curved. From a time when the sound of analogue synths influenced dance music the VL1 might have been more successful with a more edgy industrial body to suit a DJ, rather than a concert hall.

There are more expensive machines out there that aren’t as good or rare. With that in mind the VL1 represents good value and we would suggest getting one soon before their process start to soar.

The VL1 came with two manuals that both had a wood grain print.

The Version 2 came with these additional green manuals.

These stickers were meant to differentiate the upgrade but was probably best left unstuck.

The BC3 was Yamaha’s third breath controller and was the accessory to compliment the VL1.

The factory case is proportioned like a very large brief case, and we rank this case to be one of the most rare if not the rarest of Yamaha Hard cases.

These are the only known English Brochures for the VL1

This was the official VL1 brochure in Japan

A unique logo Yamaha created for the VL1, which we have only ever seen here on this brochure. Someone must have been inspired to try something new.

A YAMAHA Digital instruments catalog in 1994 featured the VL1 on the cover.

This Yamaha digital instruments catalog from 1994 provides the most data available on the illusive VP1.

This Yamaha digital instruments catalog from 1995 shows the VP1 being officially available alongside the VL1 and V7. Priced at 2.7 million Yen, it;s not surprising that there are only 3 rumored to exist.

This Yamaha digital instruments catalog from 1995 has the VL1 & VP1 standing down to let the VL-7 shine.

The demo CD is a mini one.

In 1994 Future Music magazine asked if the VL1 was the Worlds best synthesizer?

Although this poster was meant to promote the W5 & W7 it features the VL1 in the background.