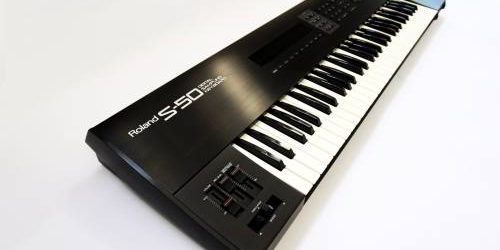 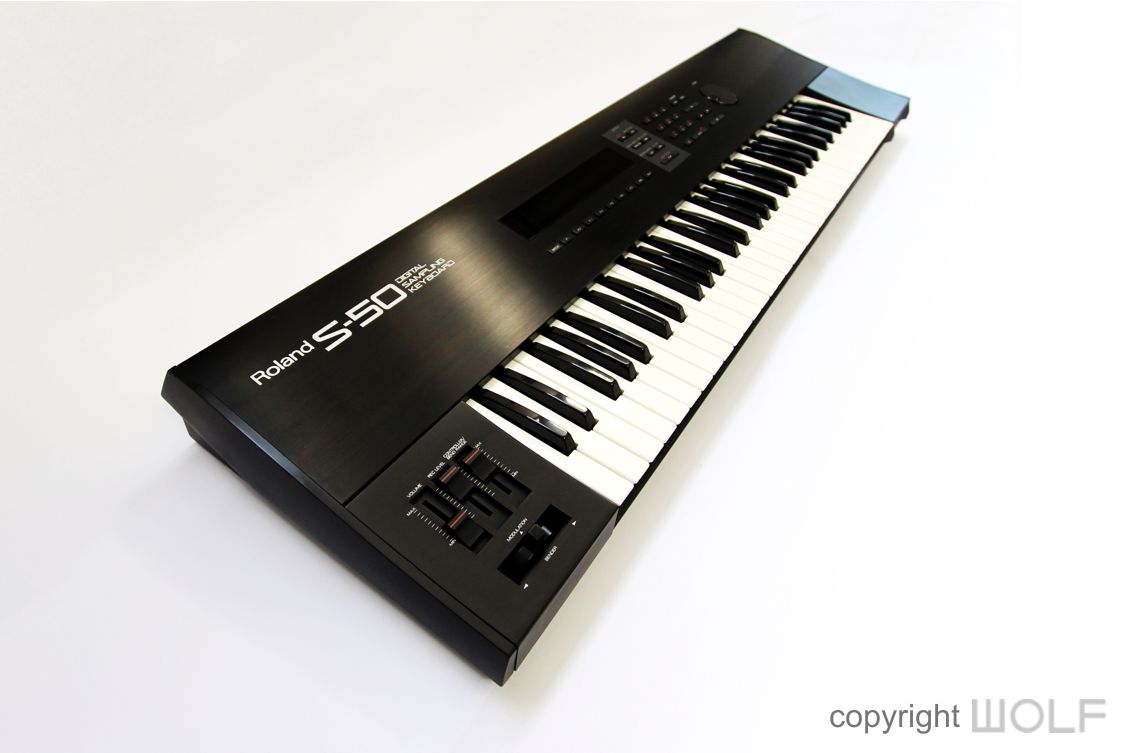 As with most reviews the focus is on the design and its evolution with musical keyboards. The functioning systems and sound quality are not necessarily not considered.

The S-50 was Roland’s first commercially available Sampling keyboard released in 1986. In it’s day it was considered a powerful and versatile instrument. It was complimented by optional external CRT Monitor screen for large graphics editing with a Digital Tablet (DT-100).

These cost $3,495 USD when new. Today your average second used unit will be around $300 AUD. We would expect to pay $500+ for a mint example that comes complete with accessories such as original case, manuals, pedals and sound cartridges. The Digitizer tablet can fetch another $100 or more on its own.

The S-50 was used extensively in the late 80s by many top musicians of its period including Duran Duran and Vangelis. It was released with a less popular little brother called the S-10. 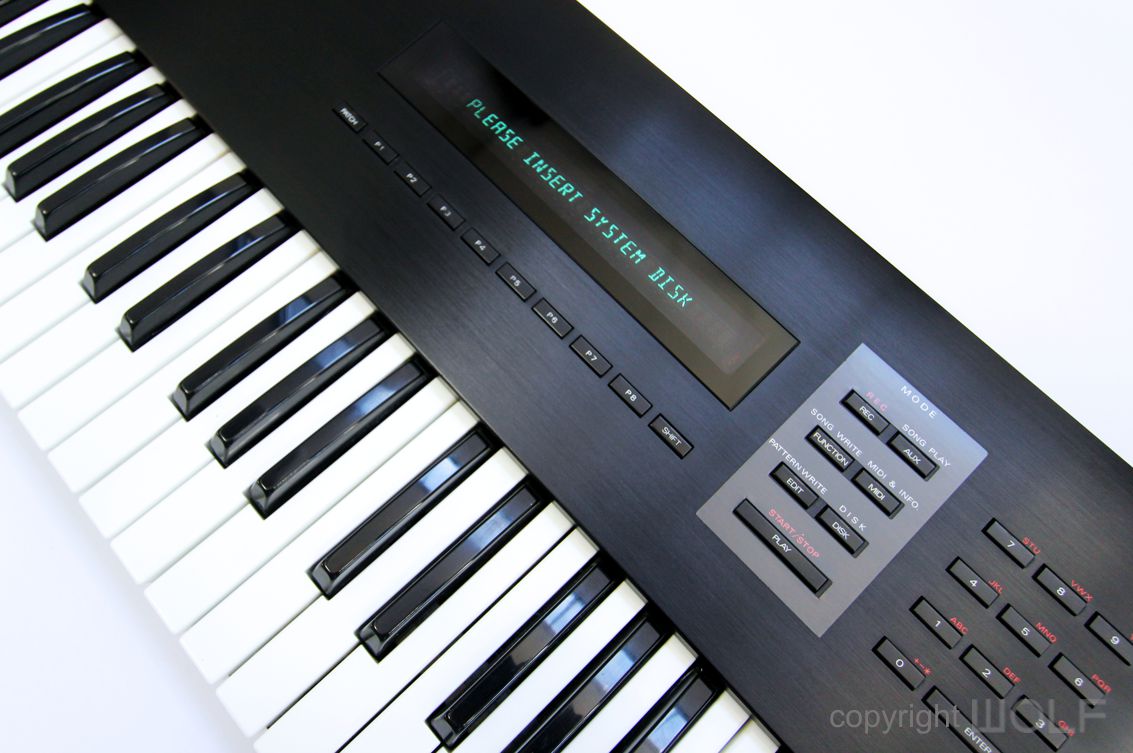 The S-50 was designed to make a statement in technology and this started with a real effort from Roland’s design department. Our first impression was that it looks very sleek and cool. Even the Font/logo used for “S-50” looked cool. In general, the design is as minimalistic as you could conceive, even by todays standards. This made the S-50 extremely futuristic for its day and together with the external monitor and tablet the future had arrived, well ahead of its time.

This was the first time we ever saw anodised aluminium used on keyboards and black was certainly the right colour choice for the period. Many other Roland synths would sport the same modern look as a result of this colour/material palette choice. The buttons are of high quality and while they look small (because they are narrow) they are wide enough to function perfectly. Proportion must have been something well considered by the designers as the shape of the buttons and screen all lend itself to the lean and thin feel of the keyboard. The layout of the panel with screen and buttons is geometrically quite perfect- things line up well and relate to one another very intentionally. Overall the unit is flat and relatively thin for its day. It seems like a lot of technology packaged in to a small space.

Even the disk drive was well considered with sculptural buttresses on either side which we think was an attempt to give the sensitive drive some protection like bumper guards. There is even a slight lip to the right end piece above the disk drive housing which emulates and lines up perfectly with the lip of the white keyboard keys.

Anodised aluminium was and still is an excellent material that is strong, and light. Still fashionable today it is both beautiful to see and touch. It does not age with time but unfortunately does look bad when scratched. The plastic was also of a reasonably high quality and has satin finish that compliments its metal counterparts. The whole unit is composed of essentially a single flat panel that runs the entire length of the unit. Then there are two end panels and side plates. It’s minimal and connected together in a very flush manner. It is well assembled in way that has kept this machine looking very lean, clean and timeless. This unit speaks quality in every detail.

The display screen with cool green LED lights were beautiful in its day and very retro today. Then there is the floppy disk drive which was quite a revolutionary bonus for Keyboards at that time. In fact, in 1986 it was not only the first time Roland incorporated a disk drive into the body of the keyboard but possibly one of the first across the industry. Yamaha only had disk drives available with the DX7IIFD released in the following year.

The buttons are nice to press with just the right amount of click and the alpha dial is smooth. The Bender/Modulation wheel was Roland’s unique new design found also on their JX-10 synthesizer released at the same time. It is well built to last and feel good. Then there are 3 sliders over the bender which all look and feel very smooth and substantial. 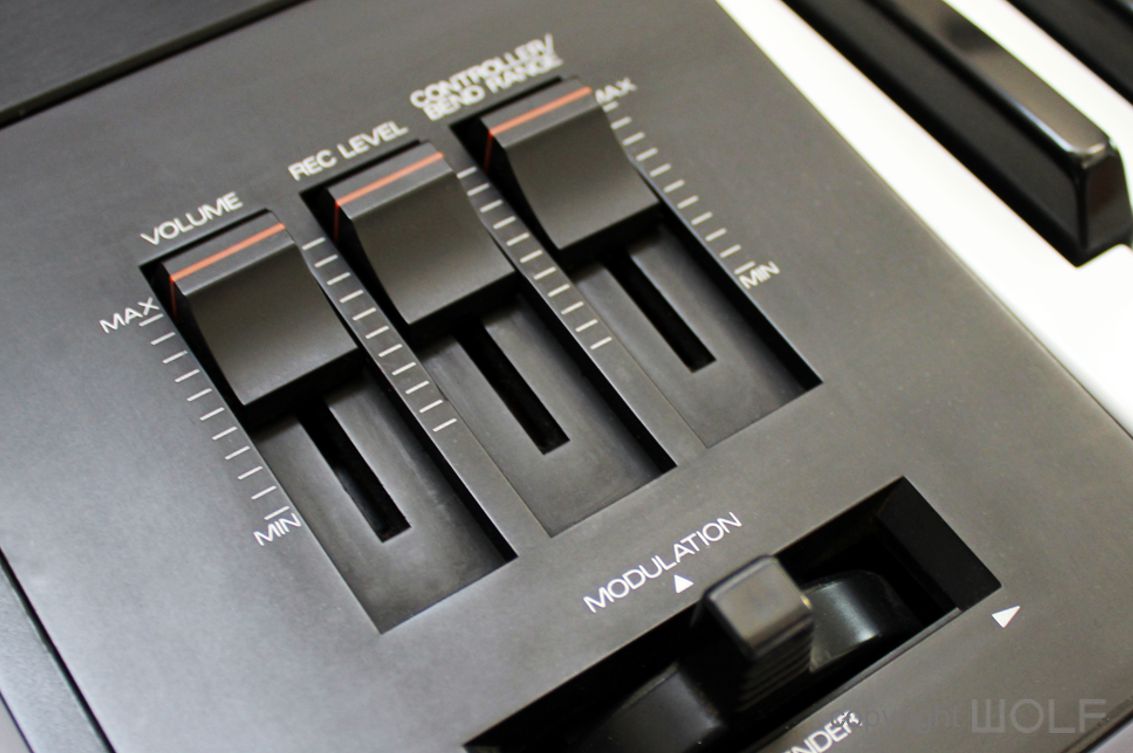 While by today’s’ standards the technology is relatively low, we noticed that it’s still in use amongst many musicians simply because its low-tech sound quality is still nice/retro and the machine is easy to use. They do come onto the market occasionally and when they do are usually still in reasonable condition. This is testimony to them being both respected and well built. Our recommendation as always is to find the best specimen you can as these are sure to be appreciating classics. Purely from a design perspective they stand in a class of their own. The case is a good accessory to have not only for protection and transport but because that in itself is a well-designed item that perfectly complements the design ethos of the S-50.

Mint specimens with original box do show up from time to time. 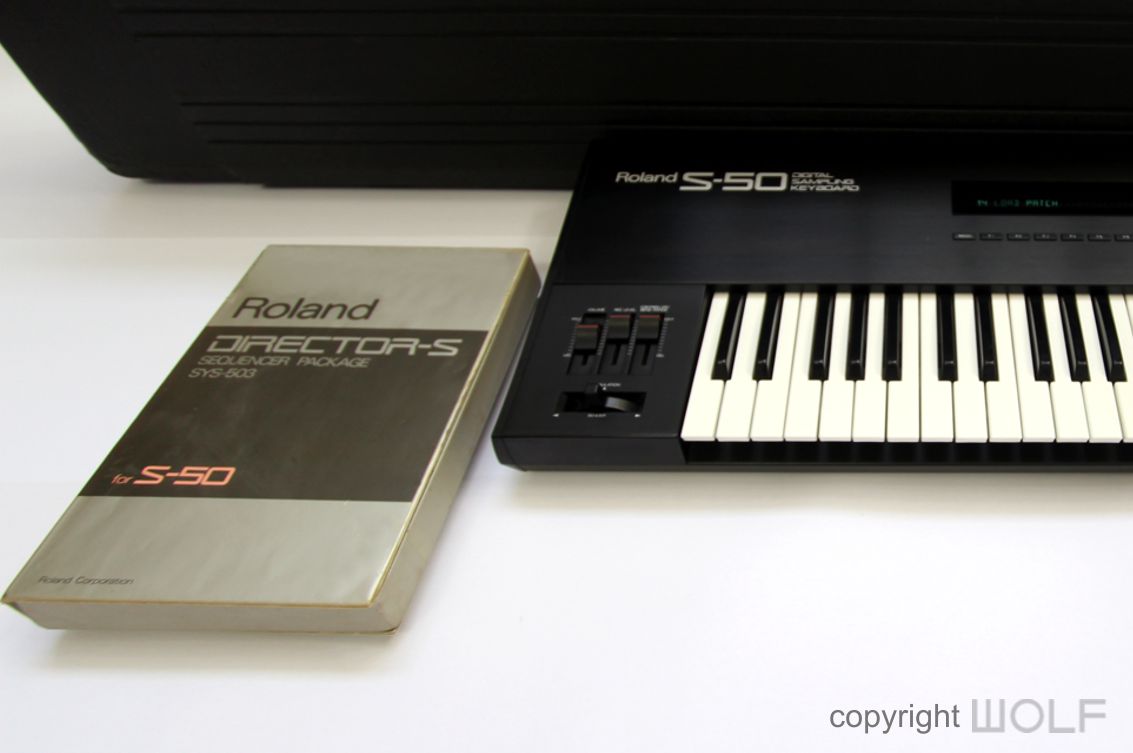 The S-50 is one of those machines that will continue to look better with age. It was well respected in it’s day and we believe will be well respected into the future. It has a reasonable following and online suport community which not only ensures its continued practical use but status among collectible keyboards.

Mint examples can still be found so try to have one in your collection if you can.