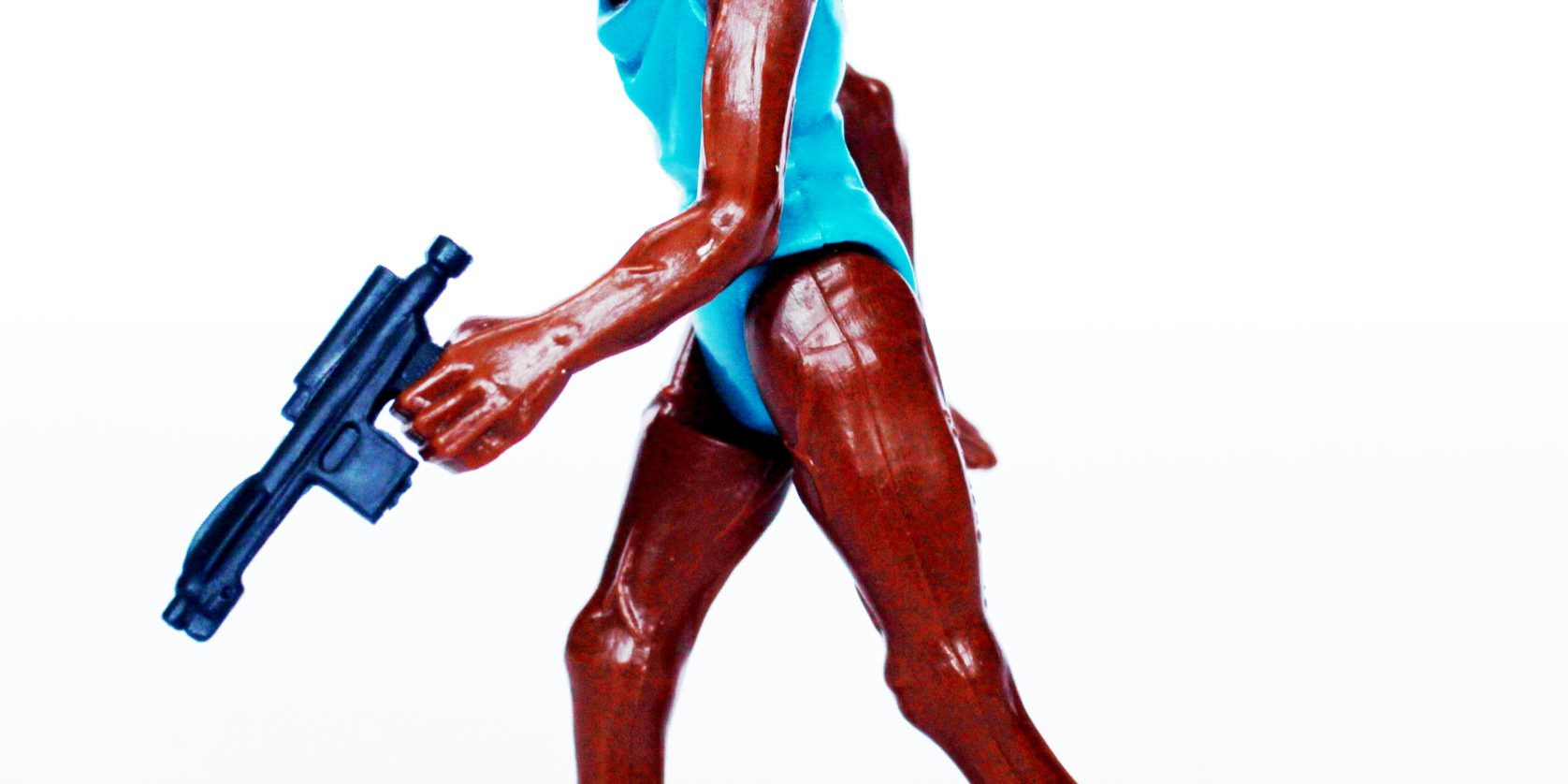 Ahead of his time

Hammerhead was a Star Wars action figure released in 1978. Produced by Kenner as a part of their 3.75 inch range he was amongst the second wave of figures. He first appeared in the cantina scene of the very first Star Wars movie – A New Hope.

Hammerhead was a popular toy and today is generally always available on the second hand market. Serious collectors will want him still sealed mint in original packaging and they too are regularly available. The most valuable version of Hammerhead is one still sealed mint on the very first card that he was released on. This card is referred to as a Star Wars 21 back (depicting the entire range of 21 Star Wars action figures available at that time). An out of package figure complete with blaster (known as a loose complete figure), will fetch between $15 and $30 Aust. Compared to many vintage Star Wars action figures, he is considered to be one of the more affordable ones.

The name Hammerhead comes from the unique shape of his head which does resemble a type of hammer. In 1989 he was also known as Maw Maw Nadon, but that doesn’t sound half as cool to us.

It’s interesting that an alien creature with only a mere few seconds of screen time could be amongst the first 21 figures ever produced. That was because the Kenner toy company were only privileged to select photos from the sets prior to film release. They had to take a guess and gamble on the significance of a character as well as how that could translate into a profitable toy. Aliens were often seen as sure sellers.

Hammerhead was only shown from the head in the film and this meant that the toy designers had to come up with the rest of him. This is why we find him interesting and worthy of review from a design perspective.

Not much is known about Hammerhead because he never said or did much in the movies but that just makes him more mysterious and cooler. His oversized head takes a minute to understand and get used to. Then you notice that he is also lean and well-toned which makes for a rather interesting character. He’s not iconic like many other Star Wars characters and only a real toy or movie enthusiast would place him in the Star Wars universe.

Hammerhead is composed of two main colours- his brown body and blue clothing. His eyes are the only painted surfaces and that was a little unusual amongst the range of Star Was action figures in those days. Although there is no evident nose, ears or mouth his eyes looking out to his left are very expressive. While the majority of these figures had eyes painted this way there are some variations with eyes looking in different directions. Serious collectors seek out Hammerhead with different eye characteristics.

The sculpt of this toy is quite incredible for its time with good attention to muscular details and even clearly defined bulging veins. The plastic itself often had a slight sheen and some very fine texture which coincidentally adds to detail. All this made for a rather cool toy which even by today’s standards would feel detailed.

We like how his blue outfit seems like a single piece bathing suit. The legs were a guess by the toy designers and it seems they were influenced by 70s flared pants or bell bottoms. His big tree trunk like feet make him one of the sturdier figures and easy to pose in more extreme positions.

Most of the original Star Wars action figures were made from the same plastics. The body was always quite firm with limbs that usually had a bit more flex. These were designed to be played with and it takes quite a lot of abuse to break them. At most these figures tend to suffer from paint ware, discolouration and loose limb joints. Hammerhead is less vulnerable to paint ware since he has very little paint on him. His large and unusual head however does tend to be very stiff when new. If turned regularly, it does ware the neck joint more severely. Well played with Hammerheads are more commonly found with loose and floppy heads than any other Star Wars figure.

Hammerhead is also well known for discoloration. His limbs can turn very green with age to the point where he actually looks very sick, but still rather interesting. A lot of collectors seek out very green limbed Hammerheads. His blue body is also occasionally found in more of a green shade. This has not been confirmed with certainty as to whether it is a genuine factory variation or just another form of aging.

Most of the original Star Wars figures had fairly straight arms and legs. Hammerhead was different in that his arms and legs had a little more bend. From the side he has a slight lean to his posture. That together with his big hands and feet makes for one of the lankier action figures, and this makes for more interesting poses.

His hands are detailed, well sculpted and shaped to hold his blaster. Unlike many of his contemporaries that struggle to hold their weapon, Hammerhead holds his well and is ready to take aim.

His big feet mean that he is normally well balanced but the toes overlap and you have to spread his legs a bit to get one past the other.

Hammerhead is neither iconic, rare or expensive. He’s just a weird looking vintage Star Wars action figure that’s now over 40 years old. Nevertheless, he was well designed in our opinion with sculpt and level of detail that was ahead of it’s time. We think a mint one is worth paying extra for because a worn out one with a floppy loose head or limbs won’t pose very well. The green ones are curiously unique and worth snapping up if you find them in good shape.

Hammerhead is both retro and timeless at the same time. We like that he is not instantly recognisable as a Star Wars character and that hew affordable enough to have just for fun. You may need to consider a vintage Greedo and Walrus man to keep him company. The three figures together further that disco feeling. 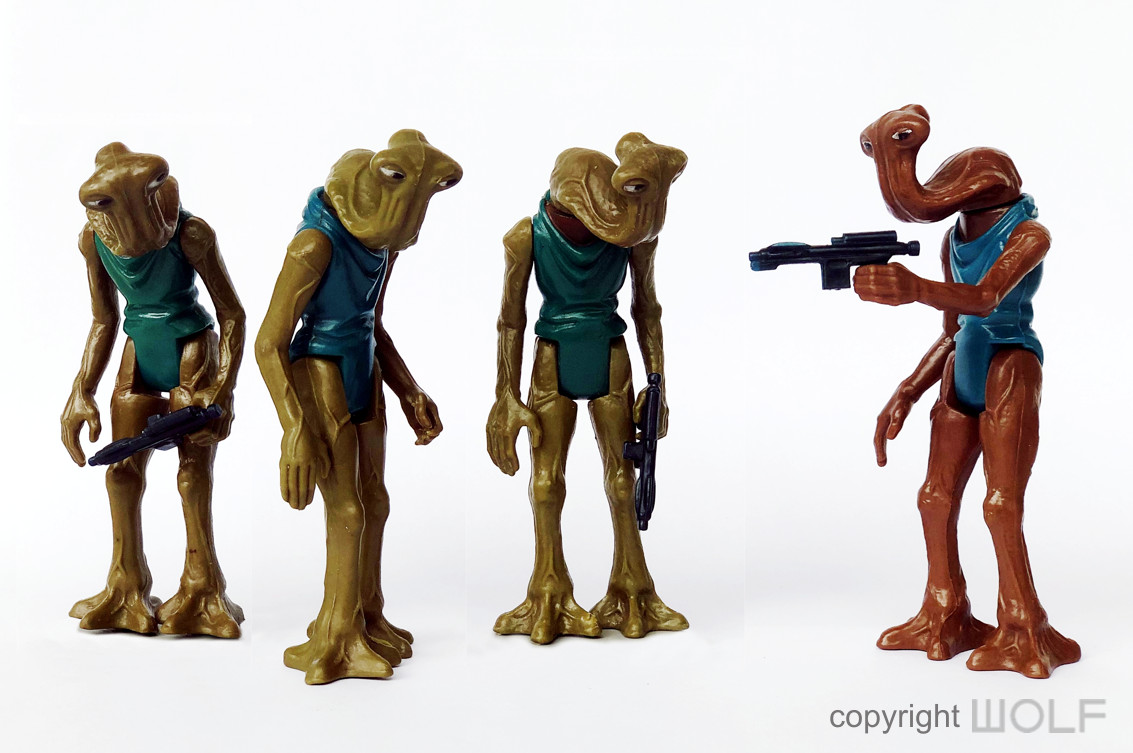 Find out why these three are all infected.